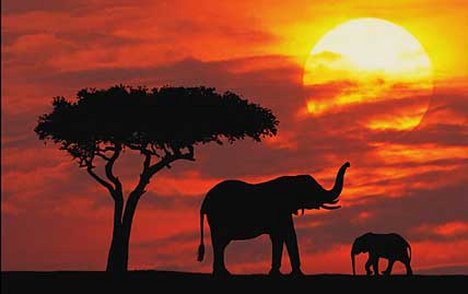 
Groundhog Day is celebrated in the United States and Canada on February 2nd. Based on trying to guess when winter is going to end, the tradition holds that if the groundhog (Marmota monax) pops his head out but sees a shadow when emerging from its burrow, and pops back down, winter will go on for another six weeks. But, if it doesn't see its shadow, and the groundhog comes out of its burrow, then it's thought that winter will be over soon.

The groundhog (Marmota monax) is a rodent of the family Sciuridae, belonging to the group of large ground squirrels.

An early American reference to Groundhog Day can be found in a diary entry, dated February 5, 1841, of Berks County, Pennsylvania, storekeeper James Morris:

Last Tuesday, the 2nd, was Candlemas day, the day on which, according to the Germans, the Groundhog peeps out of his winter quarters and if he sees his shadow he pops back for another six weeks nap, but if the day be cloudy he remains out, as the weather is to be moderate.

In Scotland the tradition may also derive from an English poem:

This tradition also stems from similar beliefs associated with Candlemas Day and Groundhog Day. Candlemas, also known as the Purification of the Virgin or the Presentation, coincides with the pagan observance Imbolc.